This year due to the pandemic, the Christian Hospital Foundation will host a free, virtual celebration that exemplifies Dr. Martin Luther King Jr.’s teachings on Friday, Jan. 15, from 12-1 p.m. During this celebration, the Foundation will recognize four unsung local heroes and several student scholars in our communities. Guests will enjoy great music from local singer-songwriter Brian Owens and a courageous conversation related to rising above the challenges of race, injustice, and exclusion, including commentary from Bryant McBride and Willie O'Ree.

Bryant McBride is the first African American class president at the famed United States Military Academy at West Point. He earned a master’s degree in public administration from Harvard University. Bryant worked as an analyst before becoming the highest-ranking African American executive in the history of the National Hockey League (NHL). He is the producer of ‘WILLIE,’ a sports documentary film on the life and achievements of the pioneering hockey player Willie O’Ree.
To provide a bit of background on achievements of Willie Eldon O'Ree presented in McBride’s documentary it is important to note that Willie O’Ree is the first Black hockey player to play in an NHL game. He debuted with the Boston Bruins against the Montreal Canadiens at the Montreal Forum on January 18, 1958. O'Ree stopped skating in 1979 after a lengthy stint in the Western Hockey League, playing with teams in Los Angeles and San Diego. From 1998 to the present, he serves as the director of youth development for the NHL/USA Hockey Diversity Task Force. In 2018, he was inducted into the Hockey Hall of Fame.
At the event Christian Hospital Foundation will recognize and celebrate the 2021 Drum Major Awardees.  This award is the highest honor Christian Hospital Foundation bestows upon unsung heroes from our community who have given their time, talents, treasures, and service in the name of justice, equity, and equality. The 2021 awardees are:
• Adrian Bracy – President, CEO YWCA
• Chris Krehmeyer – President/CEO, Beyond Housing
• Elizabeth Perkins – Campus President, St. Louis Community College, Florissant Valley
• Keith Williamson – President, Centene Charitable Foundation at Centene Corporation

To register and for sponsorship information, please visit www.ChristianHospital.org/MLK-Celebration, call 314-653-5162 or email chfoundation@bjc.org. 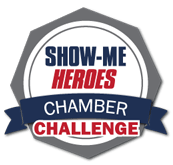